At long last I'm back with a concert update. I'm going to try to keep this going as long as I can. Updates will probably not be as frequent as they once were. We have a new addition to the family and I just don't have the time to get things uploaded as often. That being said I still have a shit ton of shows in lossless format that I want to make available here so I'll do my best to keep the updates steady. So here goes...
The 1998 bootleg section has been updated with the 8/18 show in East Lansing, Michigan. This recording is available in both FLAC and MP3 formats. MP3s are encoded at 320 kbps (cbr). Please remember that MP3s should only be used for your own personal enjoyment. If you intend to trade these shows please download the FLAC version for best quality. Enjoy the music!

set: Release, Do the Evolution, Spin the Black Circle, Brain of J, Dissident, Given to Fly, Corduroy, MFC, Wishlist, Jeremy, Even Flow, Faithfull, Elderly Woman, Off He Goes, Rearviewmirro

notes: During ‘Brain of J,’ Mike and Stone jam together during Stone’s solo. Introing ‘Dissident,’ Ed says, “Dedicated to a girl named Monica.” Between ‘Corduroy’ and ‘MFC,’ Ed says, “… It feels like we’re playing a frat party on a Friday - not a frat party, a keg party … no not a keg party, a pot party… Anything’s worth smoking.” Ed has trouble with the e-bow (no sound initially) on ‘Wishlist,’ only playing a couple of notes and flubs the lyrics saying, “I wish I wish I wish … I wish I knew this song.” During ‘Even Flow,’ Matt does this really cool fill and Mike goes over and jams on it. ‘Elderly Woman is directed toward “you” (the crowd). Ed, having voice problems, motions toward his throat at various times. ‘RVM’ is excellent and the jam is really trancey. In the middle of it, Ed takes out a towel, puts it over the monitors, puts a soccer ball on it, and kicks it into the middle of the arena! The stage is brightly lit during ‘Alive,’ Ed was checks out the crowd, and sees a “Breath” sign. He gets a big smile and starts laughing (shaking his finger as if to say “no no no”), and then during ‘Black,’ in the line where he says “breath,” he really draws that word out while looking at the guy with the sign. ! After ‘Black,’ which features an INCREDIBLE solo from Mike, Ed says, “That’s Mike … you know Stone … but thanks especially to Matt,” and the crowd gives him a big round of applause. For ‘Soldier of Love,’ (a song by Arthur Alexander written in 1962) which Ed introduces as a “song for people in love,” and that they had just learned that day, he brings out a kid with a Univ. of Michigan shirt into the audience - he gets booed (MSU being a big rival) - Ed says, “Oh, I didn’t realize you were wearing the wrong shirt” and brings out a girl to hold the written lyrics in his journal for him instead. (He speaks into her recorder and began dancing with her toward the end of the song.) Final Ed comments of the night: some thanks to the crowd for choosing PJ over the Beastie Boys (also playing down the road that night) and “on behalf of all of us, we wanna thank Iggy Pop, it’s really nice to play with him in his own state …” and comments on the Michigan live music censorship bill, “some guy showing his penis or something,” and closes the show with the immortal comment: “They want your parents to have to go with you to rock concerts, just in case some guy pulls out his penis or something. It’s rock and roll. You should be able to, I should be able to show my penis. It’s rock and roll.” (On the setlist and not played: Footsteps, Fuckin’ Up, SoL&T, Habit)

Thank you for voting!! 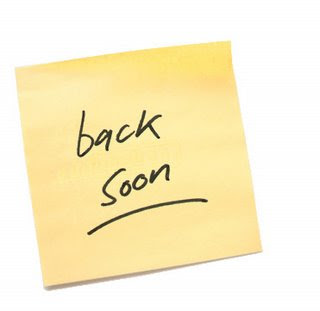